Pastor tackles shooter to the ground during church service

Surveillance video captured the moment a Tennessee pastor fatally shot a gun-toting suspect in the middle of a church service, possibly saving the lives of his parishioners. (VIDEO COURTESY OF NASHVILLE LIGHT MISSION PENTECOSTAL CHURCH)

NASHVILLE, Tenn. – The “heroic actions” of a Tennessee pastor who tackled a man waving and pointing a gun during a service “saved a church from further violence”, police said.

No shots were fired during Sunday’s incident at the Nashville Light Mission Pentecostal Church, Metro Nashville police said in a statement.

The 26-year-old pulled out a gun as the pastor prayed with several people at the altar and told everyone to stand up as he waved and pointed the gun at the congregation, said said the police. The pastor grappled with the man, then several church members helped disarm and hold him until officers arrived, the statement said.

He was charged with 15 counts of aggravated assault, police said. 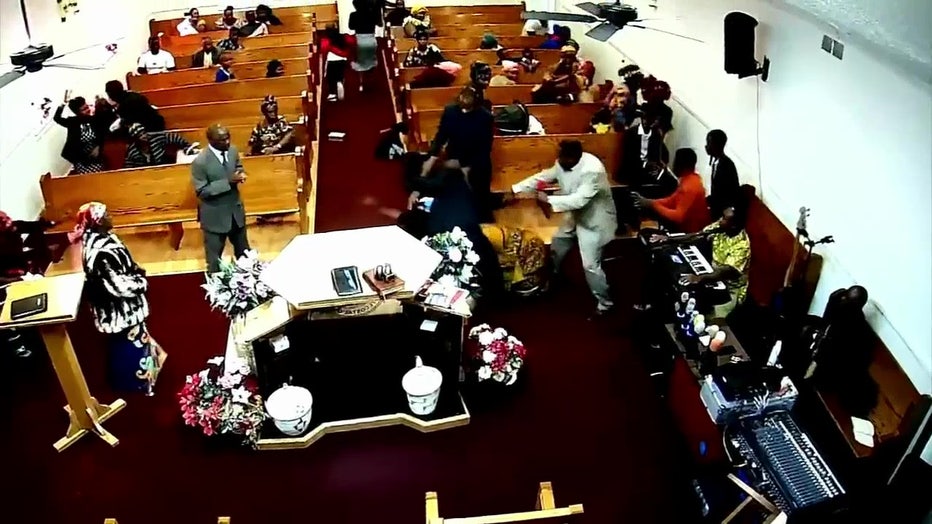 © 2021 The Associated Press. All rights reserved. This material may not be published, broadcast, rewritten or redistributed.