By Kate Mansey for the Sunday Mail

It’s an occasion meant to demonstrate family unity and the Queen’s position as Supreme Governor of the Church of England, but Prince William reveals the Christmas Day church service at Sandringham did not always been as sober as the public could imagine.

Beginning his walk through the 16th-century building, he says, “So we’re right in front of the Church of St. Mary Magdalene. The flag is up and I’m right by the door where we normally enter as a family.

“And what’s great is that we sit across from each other as a family and growing up having my cousins ​​sitting across from me was always pretty hard to keep sometimes a straight face.

Prince William has revealed he had the giggles “several times” at the Sandringham Christmas Day church service. He took his children for the first time in 2019 (pictured) 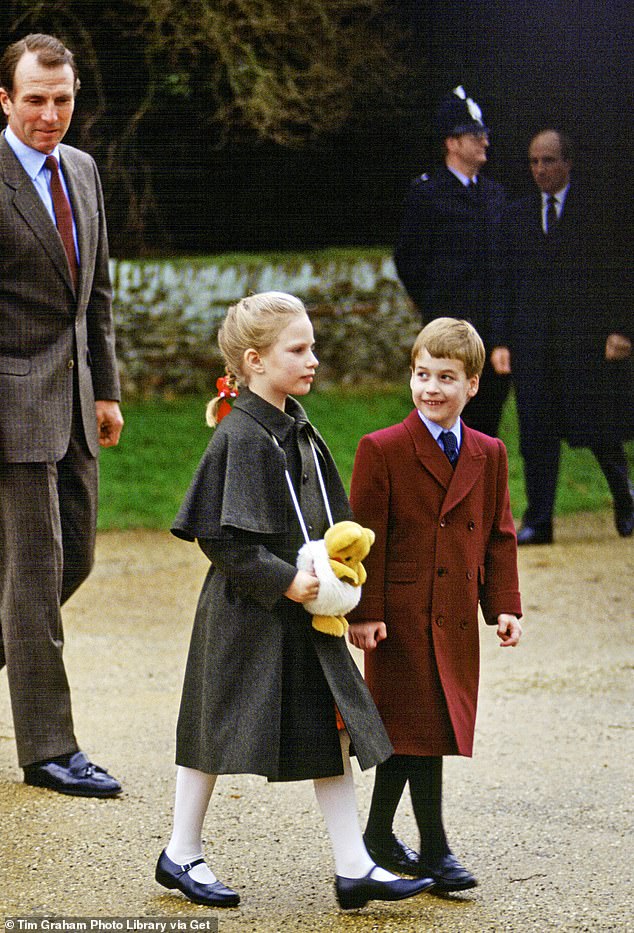 The Duke of Cambridge attended his first Sandringham Christmas Day church service in 1987, aged five. He is pictured serving Sandringham with his cousin Zara Phillips in 1988

“I had giggles many, many times in the service. Fortunately, no one is filming it. So you can get away with it, and on Christmas Day it’s fun to laugh and have fun.

As well as banks of photographers and television crews, large crowds are drawn by the lure of so many royals together.

Looking ahead to the first Christmas without Prince Philip, William speaks fondly of his grandfather, who died in April aged 99.

William says: “My family spend their Norfolk Christmases in Sandringham, UK. You have tall pines which are quite synonymous with this part of Norfolk. And I love the smell of pine in the winter. It’s very soothing.

“As we walk here, it’s a walk my family has been doing for many, many years on Christmas Day.

“I have fond memories of walking here, and my grandfather, he walked so fast there were huge gaps and spaces between all of us, and there would be us in the back with little legs trying to keep up.’