By Monica Greep for Mailonline

Sophie, Countess of Wessex and Prince Edward attended the church service at Sandringham this morning with Lady Louise Windsor and James, Viscount Severn after spending Christmas with the Queen at Windsor Castle.

Sophie, 56, appeared in good spirits as she left St Mary Magdalene Church with her husband and children after celebrating the New Year at the wooden farmhouse on the Sandringham estate.

The family attended a service at St George’s Chapel at Windsor Castle on Christmas Day and were due to join Her Majesty later for her first celebratory meal since the death of the Duke of Edinburgh.

Mother-of-two Sophie wrapped herself warm in an elegant cream teddy coat while the monarch’s youngest son, the Earl of Wessex, looked stylish in a wax jacket paired with a shirt and a tie. 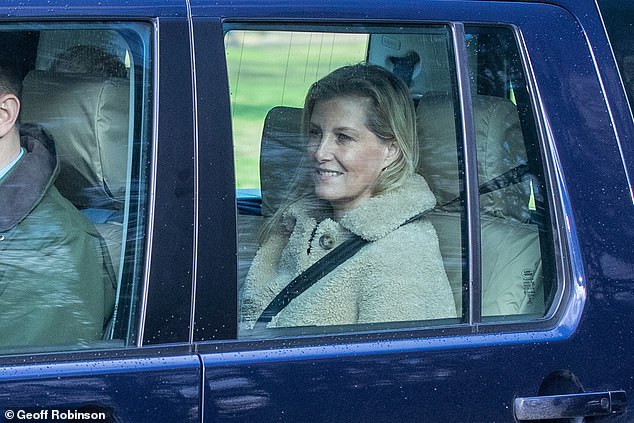 Lady Louise, 18, who was recently in the spotlight for a BBC documentary about her late grandfather, opted for a sophisticated gray look as she attended church this morning.

The family are back in Sandringham after a change to their usual festive plans which saw the Wessexes join senior royals including Charles and Camilla for Christmas Day.

The monarch has suspended her usual trip to Sandringham as a ‘precaution’ amid rising coronavirus cases.

Her Majesty is also believed to have been joined by Prince Andrew and his ex-wife, Sarah, Duchess of York, as well as their two daughters, Princess Beatrice and Princess Eugenie. 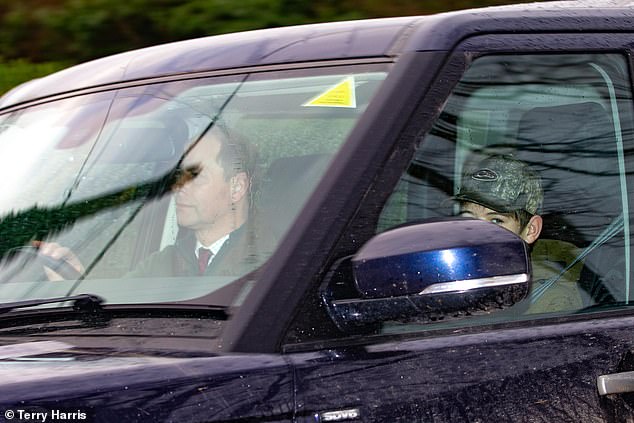 The monarch’s youngest son, the Earl of Wessex, looked dapper in a wax jacket paired with a shirt and tie as he drove with James, Viscount Severn after leaving the church service.

The Duke and Duchess of Cambridge have opted not to spend the day with Her Majesty this year, instead spending the festive season in Norfolk, where they will host members of the Middleton family.

They are believed to have spent the season at Anmer Hall, William and Kate’s home on the Sandringham estate, with their three children, George, eight, Charlotte, six, and Louis, three.

The Cambridges haven’t celebrated Christmas with the Middletons since 2016, when William, Kate, George and Charlotte visited a church in Bucklebury. 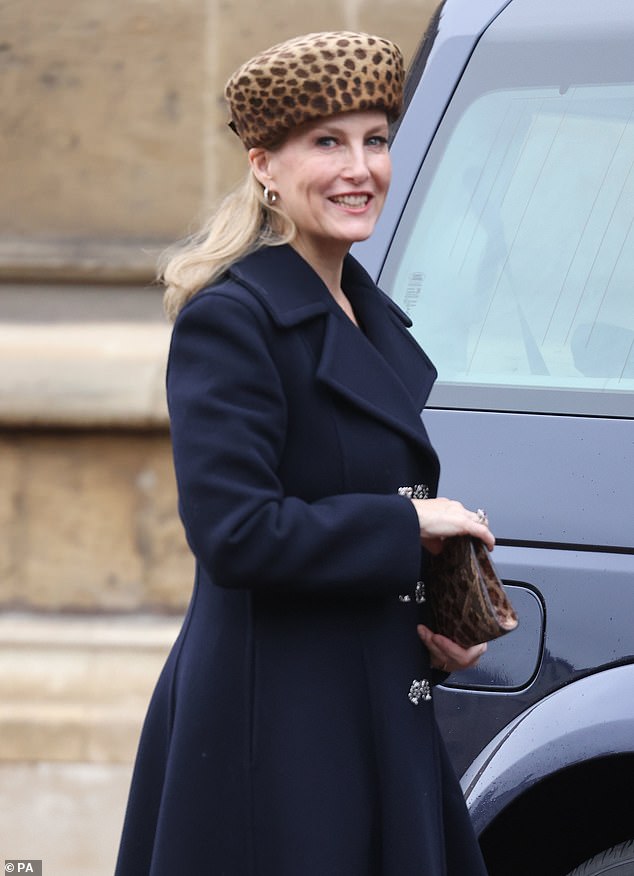 The family attended a service at St George’s Chapel at Windsor Castle on Christmas Day and were due to join Her Majesty later for a celebratory meal.

Prince Harry and Meghan Markle have stayed in the US for the holidays, which means the Queen hasn’t yet been able to meet her new granddaughter Lilibet.

The monarch typically hosts around 20-30 family members at her Norfolk home, with throngs of well-wishers turning out to watch the royals attend the Christmas Day service at the estate church.

Sources have told the Mail that the Queen, who normally stays in Norfolk until early February, could still visit there in January.